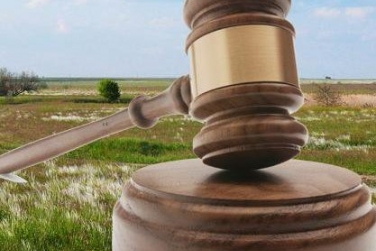 The total area of ​​leased plots amounted to 14.53 thousand hectares

For four months of 2018, the territorial bodies of the State Geocadastre at land auctions exercised 639 lease rights to state-owned agricultural land. The total area of ​​leased plots amounted to 14.53 thousand hectares.

It should be noted that the current indicators already significantly exceed the results of the first half of last year in terms of the number of sold lots and the average rental rate. For comparison: in the first half of 2017, the starting amount of the annual rent for land sold at auction averaged 7.26% of the regulatory monetary value, according to the results of the auction - 12.10%. 614 lease rights were exercised.

According to the results of 2017, the average rental rate of state-owned agricultural land during land auctions was 14.76%.

According to the State Geocadastre